We wanted to bask in the sun in southern Europe for our Labor Day holiday but the flights did not fit our budget. We decided to bypass the expensive rates at that time of the year and the overload of tourists and head North. Way North! Traveling to another country can be nerve-racking, but be assured that the Scandinavian people speak great English. To my surprise, it was EXTREMELY easy to get from one country to the next. The minute we arrived in Germany, I prepared a lengthy bucket list. I am determined to scratch off as many countries as possible while we are stationed here. When traveling, we try and make the most of our time, seeing as much as we can every place we go. In four days we were able to see Denmark, Sweden, and Norway. Here is how we did it…

How to get to each country: 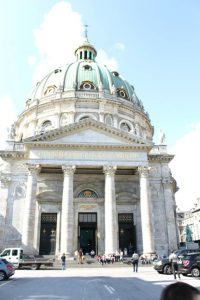 While researching ways to get around Scandinavia in four days, I found it was cheapest to fly Scandinavia Airlines into Copenhagen, Denmark. We flew direct from Stuttgart to Copenhagen on an early morning flight which put us in Copenhagen with enough time to spend the whole day exploring. From there, I researched ways to get from Copenhagen to Gothenburg, Sweden. There are many ways to travel between the three countries, but the bus made the most sense economically. I know what you’re thinking…a long bus ride in a foreign city? No thanks! But I am here to tell you that it was very easy to purchase a ticket, find the station and relax as they drove us to our next destination.

We purchased our bus tickets via Nettbus, where I was able to change the language setting to English, type in my starting place, Copenhagen, (Kӧpenhamn for their website) ending with my destination Gothenburg, (Gӧteborg for them). From there I found the date I wanted, clicked one-way ticket since we weren’t returning to Copenhagen, and scrolled down to the last possible bus that evening so we could have all day exploring the city! Although the bus took the longest (4 hours between the cities) it was a nice way to unwind and relax after exploring the city all day. As I mentioned before, it was the most economical, costing us only $40 for two one-way tickets whereas a train would’ve cost us over $100 each!

The next day we did an exact replica of the previous day, but this time from Gothenburg to Oslo, Norway, purchased again through Nettbus. The greatest thing about the Nettbus company was that I didn’t have to print anything off. I simply showed the driver my confirmation e-mail on my phone that indicated I had purchased two one-way tickets to our next destination. Another added bonus was free Wi-Fi on the bus for the duration of the trip! Again, the bus ride was 4 hours, but with free Wi-Fi, we were able to stream a movie and catch some shut eye. We arrived in Oslo late that night, giving us the entire next day to explore the city. After exploring Oslo, we caught a flight on Scandinavia Airlines back to Stuttgart arriving on Monday afternoon with enough time to do laundry and get settled back into reality.

What to do in each city: 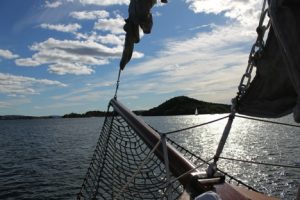 We arrived in Copenhagen in the morning and spent the day doing a free walking tour through Sandeman Tour’s which started at the City Hall Square in central Copenhagen. We were able to see many significant sites, including Copenhagen’s marble church, the famous Mermaid statue, and half way through we stopped and enjoyed an authentic Carlsberg beer, made locally in Copenhagen. Later that night we caught the last bus to Gothenburg, Sweden. Arriving in Gothenburg late, we went straight to our hotel, located near the city center. The next morning, we set out to explore the vibrant city. Gothenburg is an easy city to explore on your own. It’s not terribly big, and you can see most of what the city has to offer by foot. Here we were greeted by rain, but that gave us a great excuse to try all the Swedish food we could. Move over Ikea!

It wouldn’t have been a trip to Gothenburg without stopping at the famous fish market, oohing and ahhing over their fresh catches from that morning. Later that night, we hopped back on a bus, this time headed to Oslo, Norway. Once again, arriving late, we made a beeline to our hotel to get some sleep. We had an entire day to spend in Oslo and wanted to make the most of every minute. We booked a tour through Viator.com here, which took us to every ‘must see’ in Oslo, including a cruise on the Fjords. This tour took us to Holmenkollen Ski Jump, Vigeland Park, and three Viking ship museums. Towards the end of our tour, we were escorted onto an old Viking ship for a two-hour cruise on the Oslo Fjords. If you are wanting to get the most out of a day in Oslo, book this tour. You won’t regret it!

Seeing as much as you can in a short amount of time IS possible. You just have to know how to work around crowds and transportation methods. If you want more information on how to look for the best deals or have questions about planning a trip to any of these three countries, please comment below!