Every fall (typically mid-late October) in my little neighborhood on the outskirts of Stuttgart, Germany, the sidewalks become head-pelting zones for spiky, rock-hard, chestnuts. Besides providing bumps and bruises for unfortunate pedestrians, or startlingly loud “pop”s when cars crush them when cruising by, the chestnuts in Germany (called Kastanien) are treasured for various reasons by the locals.

The chestnuts I’m referring to are called horse chestnuts or buckeyes in the United States. They aren’t edible by humans and despite the name, supposedly poisonous to horses causing tremors. You can tell the difference by the trademarked spiky shell instead of the bristled shell that the edible ones have. 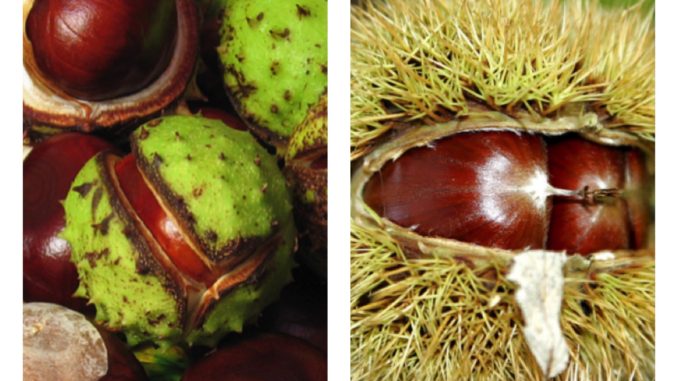 These trees were believed to have arrived with the Ottomans in the 15th century from either the Balkans or Greece. Stories state that the German brewers grew them over their beer cellars to prevent the sun from warming up the lagering process. Since beer was often distributed at the cellars, this may be why they are now predominately seen in Biergartens.

Besides Biergartens, these trees can be seen all throughout Germany lining streets, playgrounds, and many other parks and recreational facilities since they provide a great amount of shade. 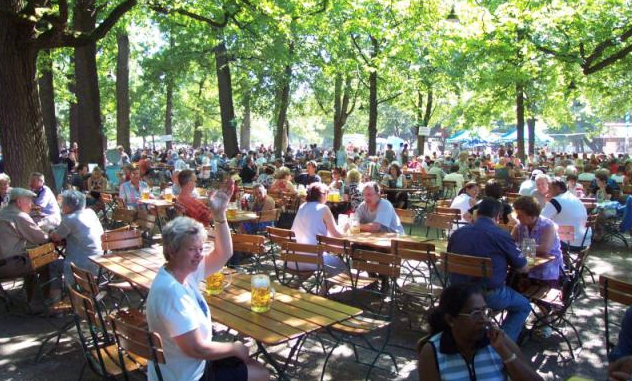 These nuts have a noticeable impact on the residents and their children, at least in my neighborhood. My toddler son goes to a German kindergarten (typically a mixed-age classroom of either 2-6 or 3-6 year olds) that is based on the Reggio Emilia approach to education. Most of their projects involve being in nature and using natural and found materials, including nuts, leaves, rocks, and sticks.

In autumn, it’s not unusual to see kids running up to chestnut trees with baskets and scavenging the grounds collecting nuts. However, it’s not only children. Adults decorate their storefront windows and displays with their merchandise (jewelry, watches, meat, bread, etc.) surrounded by colorful gourds, real dried leaves, and handfuls of Kastanien scattered throughout. They can also be seen on front stoops in fall decorative displays, outside of bars and restaurants in the form of wreaths and centerpieces, and around hospitals, schools, and churches where children have made Kastanienmännchen. 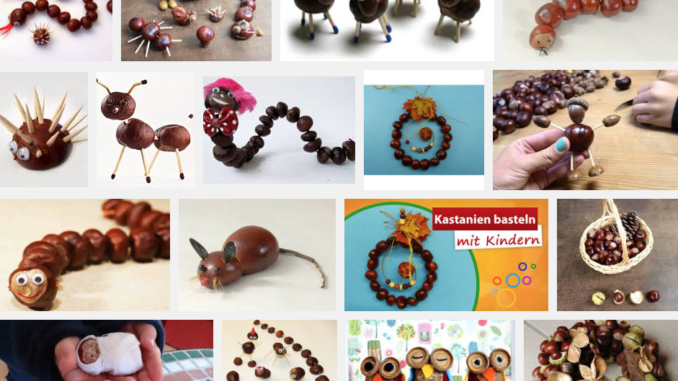 Kastanienmännchen is a crafting project and is very common in the kindergartens as it helps develop fine motor skills and stimulate creativity. Children create little creatures from the nuts, use them to play games (conkers), fill up bins and use as sensory experiences, and much more.

I was at a toy store the other day shopping for my son’s birthday, and was surprised to see cashew drills on display. Along side of them were materials and books on making Kastanienmännchen which surprised me. I knew the chestnut collecting was a big deal in my town, but wasn’t aware it was popular enough for companies to manufacture tools that enhance this tradition. 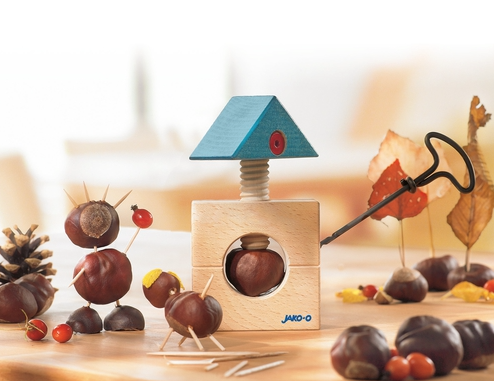 I have found lots of little things to cherish in Germany and this has become a tradition in our home. I hope wherever we end up that we can find these trees to keep up the tradition. I see children get so excited when they discover the nuts hidden in the leaves. It becomes a game on who can find the most and if you have small children, I recommend engaging them with this as a fun project. You can create your own Kastanienmännchen, Halloween creatures, Thanksgiving centerpieces, or just bring a bit off the outdoors inside with decor. For ideas, go onto Pinterest or google and search for “kastanien basteln”.

One more note on the horse chestnut that I thought was rather interesting: For those who have read and treasured the Diary of Anne Frank, she wrote of the chestnut tree outside of her window. The seeds have since been disbursed throughout the world.

Read more about Holly’s adventures and follow her blog at http://www.packthecorkscrew.com 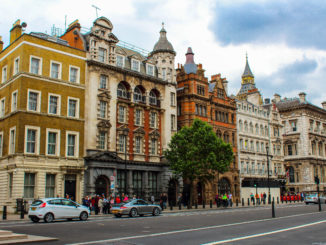 Five Must See Attractions for Historical Lovers While in London 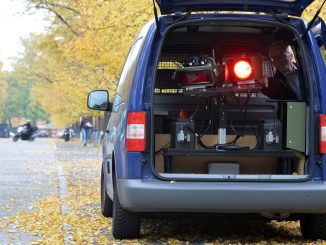