When someone wants to do a little exploring outside of the Kaiserslautern area, I always suggest a day trip to Homburg.

After a short 20-minute train ride, you find yourself in a completely different world. If you love French architecture, dinosaurs, underground mysteries, delicious cake or beer, Homburg has something for you. 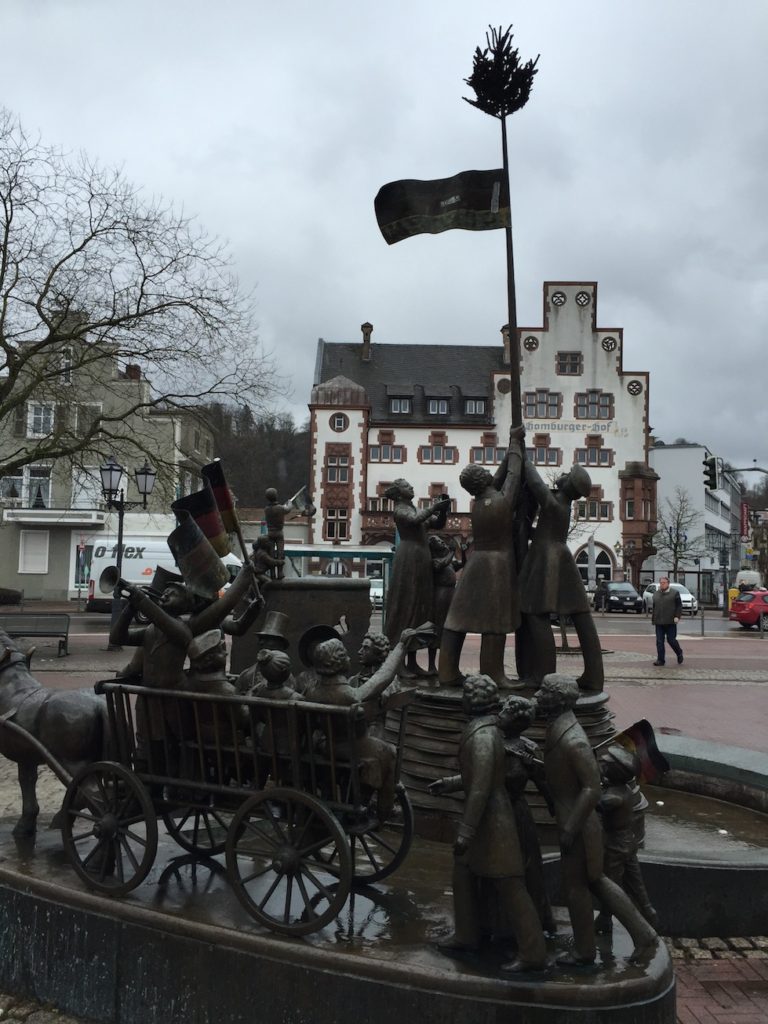 Homburg is located in Germany’s Saarland region. The region was twice apart of France before officially joining Germany in 1955. However, that French influence still dominates much of the city, giving Homburg a distinctively unique appearance from other small German cities.

From the train station, you can start walking around Homburg’s convenient pedestrian district that offers several nice sites, including St. Michael’s church. But the real beauty of Homburg is found after a short hike up the mountain to the ruins of Hohenburg Castle. 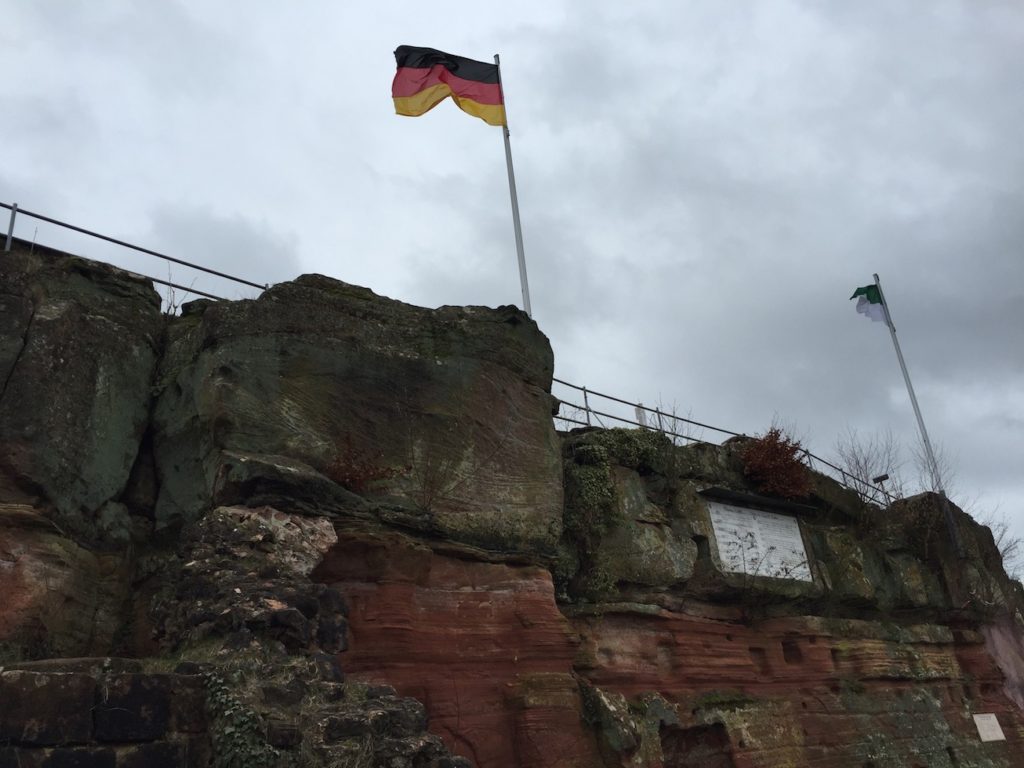 Since 1981, teams have been working to uncover and restore the ruins of the castle and fortress by extensive excavations. Though there are only a few stone walls and a spiral staircase standing today, anyone with a good imagination can picture what the commanding fortress must have looked like in its prime. (And if you can’t imagine it, there is a helpful drawing for you on a sign near the ruins.) The castle’s location also offers an incredible view of the entire city below.

Next you are going to want to take this party underground. Lying just below the ruins of the Hohenburg Castle is Europe’s largest man-made sandstone caves. With twelve floors and more than three miles of passageways, the number of mysteries below are endless. From dinosaur imprints to legends surrounding the reason for the tour to a WWII connection, your time exploring the caves is certain to be memorable. 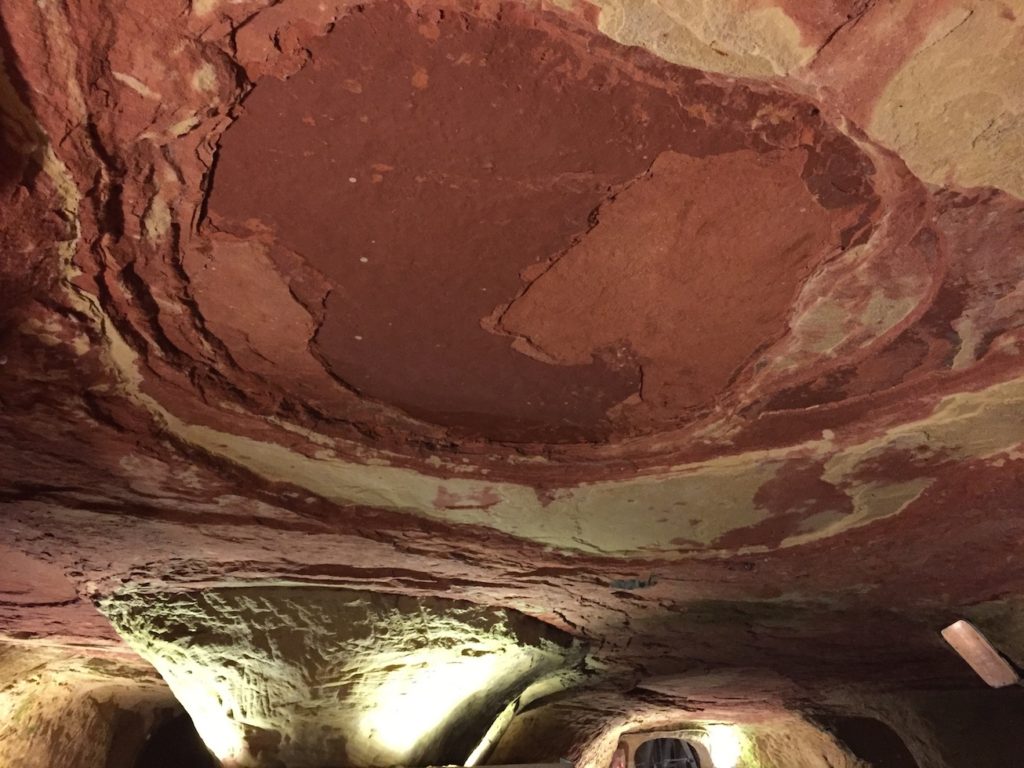 The caves were first excavated in the 1700s, but while the territory was passed back and forth between the French and the Germans, it was all but forgotten. Common folklore now says that they were rediscovered by children playing on the mountainside in the 1930s who fell into the caves.

Only the top three levels of the cave are open to visitors. Guided visits are possible each hour on the hour. The 10 a.m. tour is always given in English, but if you call ahead and make reservations, it is possible for other tour times to be delivered in English as well. The tour costs €5 for adults and €3 for children under the age of 16. From April to October, the caves are open daily from 9 a.m. to 5 p.m. In November, February, and March, they are open from 10 a.m. to 4 p.m. each day. The caves are closed to visitors in December and January. 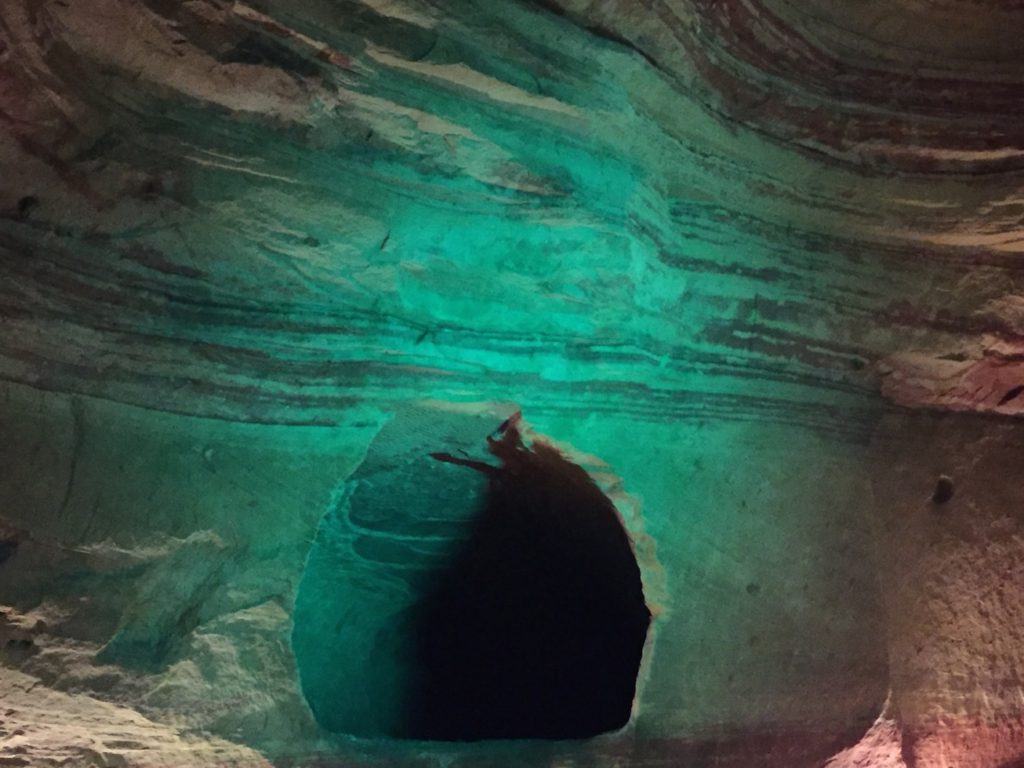 The caves are manmade and were first used as sandstone quarries. The fine sand produced by the cave was highly valued for grit cleaning and for the production of glass. But while the cave was manmade, there is evidence of prehistoric visitors, my guide told me on my last visit. The imprint of a dinosaur can be seen on the wall of the cave.

The Homburg caves became more than just an interesting sight during World War II. They provided shelter to around 5,000 people during active bombings. “Cubbies” for each family were carved into the cave walls as they stayed underground for months. My guide explained to me that you could tell a family’s status in the community by the level in the cave in which they were placed. Criminals were in the highest levels, the levels most likely to sustain damage from falling bombs, while the wealthiest families and government officials enjoyed security at the lowest levels of the cave. 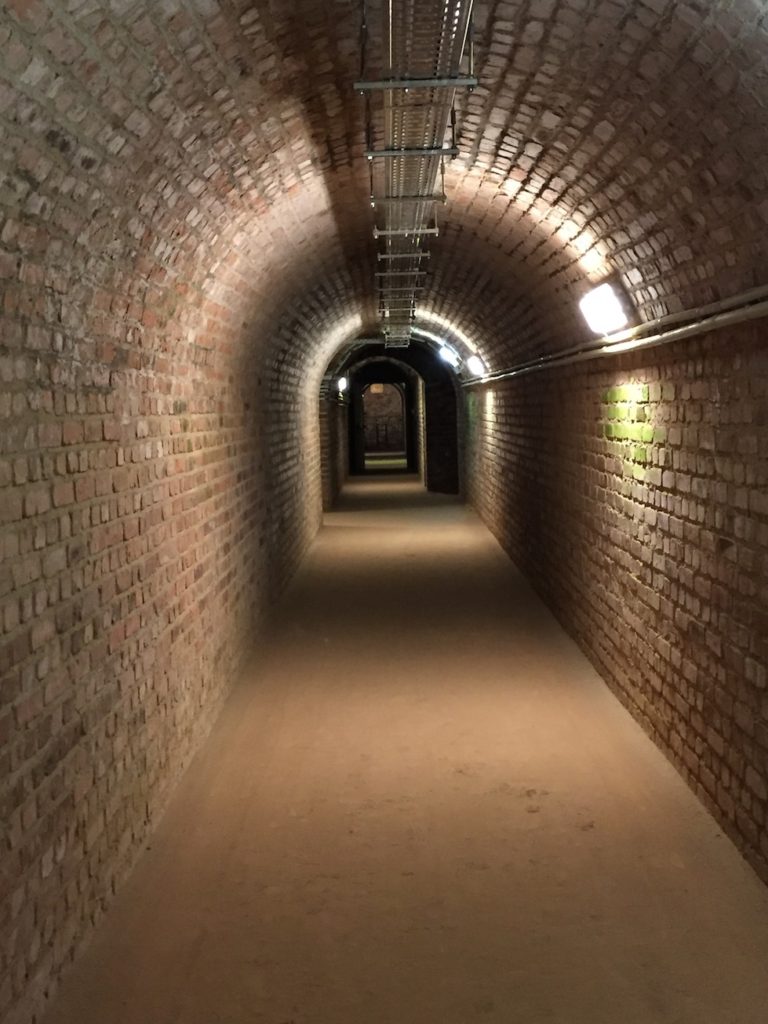 In the 1950s, a brick bunker was built into the caves as location for the government to take shelter to continue to run things if the worst should happen. Today, the bunker space and some of the caves are used for parties and weddings. The tourism office features photos of bridal parties in formal attire and hard hats for the big event.

If cave exploring doesn’t suit your fancy, you can kick back and relax in southwest Germany’s largest brewery, also located in Homburg. Named after a nearby hill and castle, Karlsberg Brewery is open for tours and tastings booked in advance. You can book a tour by calling the brewery. 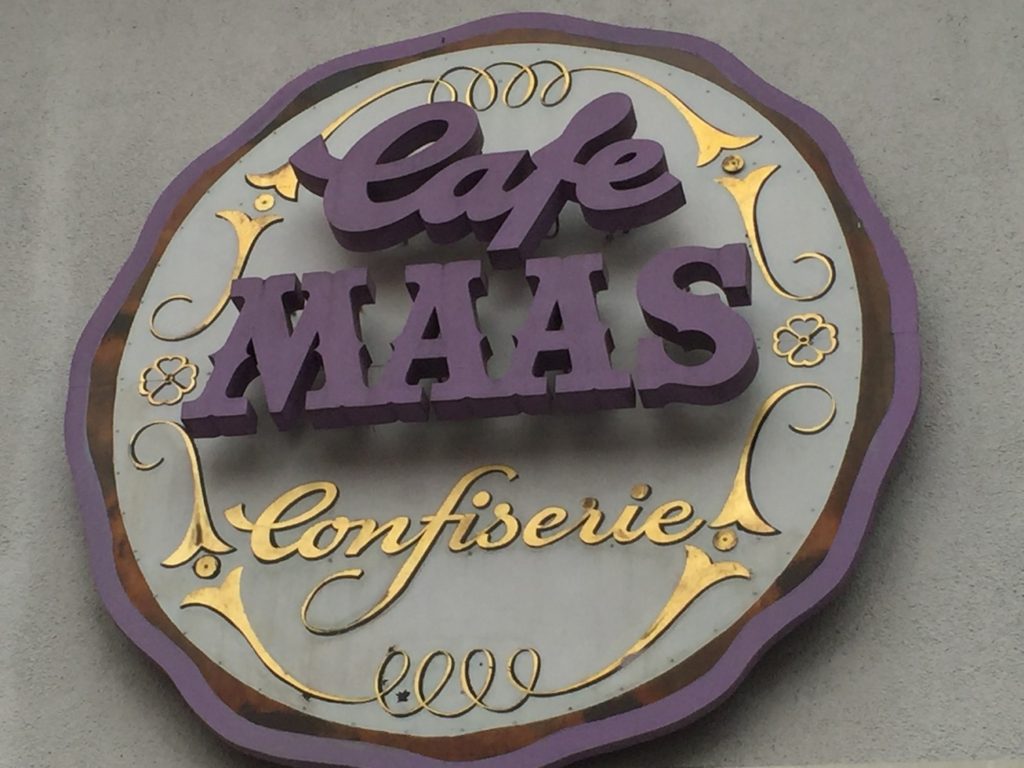 Personally, I can’t go to Homburg without stopping in for coffee and cake at my favorite bakery in town, Café Maas. This café is unbelievably delicious. I haven’t tried anything I haven’t liked yet, although my absolute favorite treat has been the cheesecake. Word about this place has been spreading so depending on the time of day, you may have to wait in a line. Trust me, every bite will be worth it. 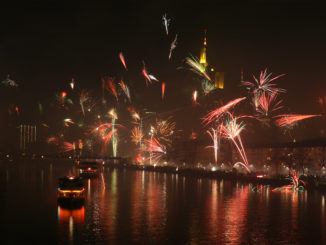 10 Things You Need to Experience in Germany Before You Die 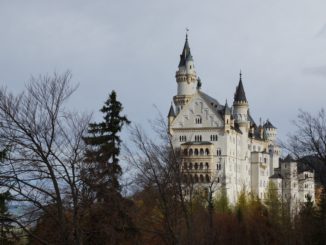 A Day Trip to Rüdesheim am Rhein